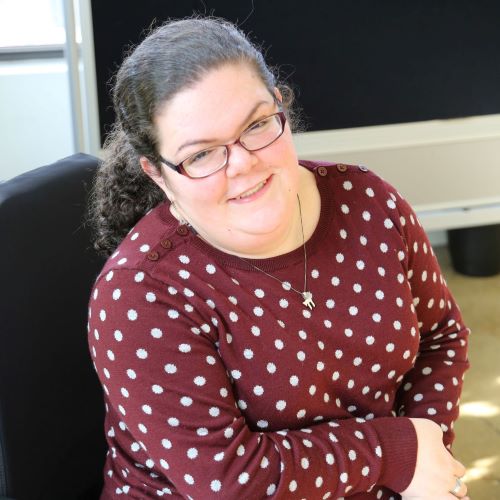 Emily Ladau, the Editor in Chief of the Rooted in Rights Blog, is a passionate disability rights activist and digital communications consultant whose career began at the age of 10, when she appeared on several episodes of Sesame Street to educate children about her life with a physical disability. A native of Long Island, New York, Emily graduated with a B.A. in English from Adelphi University in 2013. Her writing has been published on websites including The New York Times, The Daily Beast, Salon, Vice, and Huffington Post.

Alongside her work as a writer, Emily has spoken before numerous audiences, ranging from a panel about the 25th anniversary of the Americans with Disabilities Act at the U.S. Department of Education, to the occupational therapy program at New York University. All of Emily’s activism is driven by her firm belief that if we want the world to be accessible to people with all types of disabilities, we must make ideas and concepts surrounding disability accessible to the world. For more on Emily’s work, visit her website, Words I Wheel By