In 2015, Disability Rights Washington, filed a lawsuit Reynoldson et al v. City of Seattle, No. 2:15-cv-01608, in federal court seeking the court’s help in ensuring that the City of Seattle makes its streets safe and accessible for people with mobility disabilities.

In July 2017, Disability Rights Washington, along with co-counsel filed a settlement agreement with the City of Seattle. The settlement agreement lays out a plan for Seattle to fulfill the promise of the ADA by ensuring equal access to people with disabilities who live, work, or travel to Seattle. 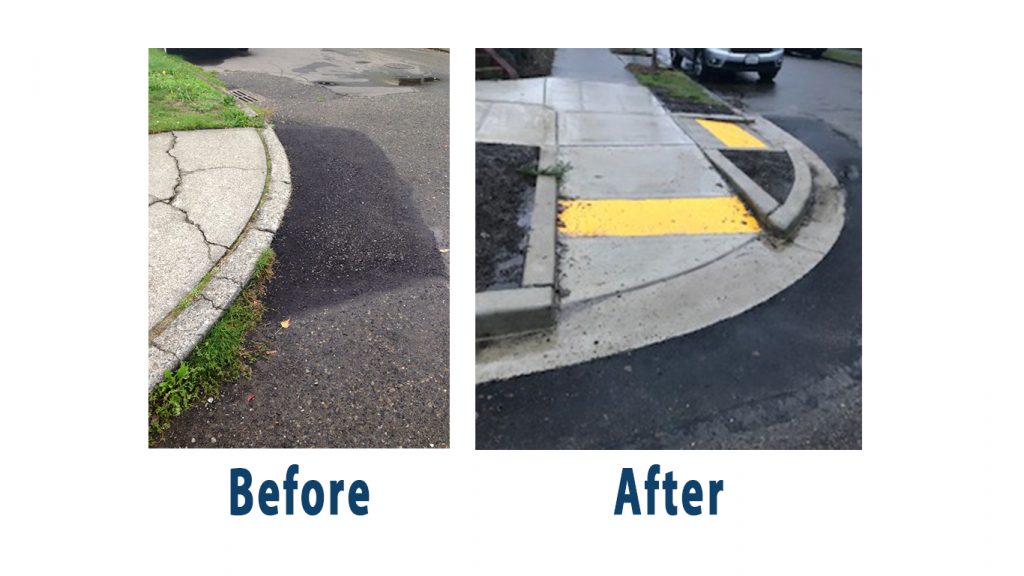 Show us your #CrappyCurb video that explains the importance of curb cuts. All are welcome to post a photo or video of a #CrappyCurb on Twitter, Instagram and the Rooted in Rights Facebook page. Don’t forget to use the hashtag #CrappyCurb and to share your location in the photo or video!