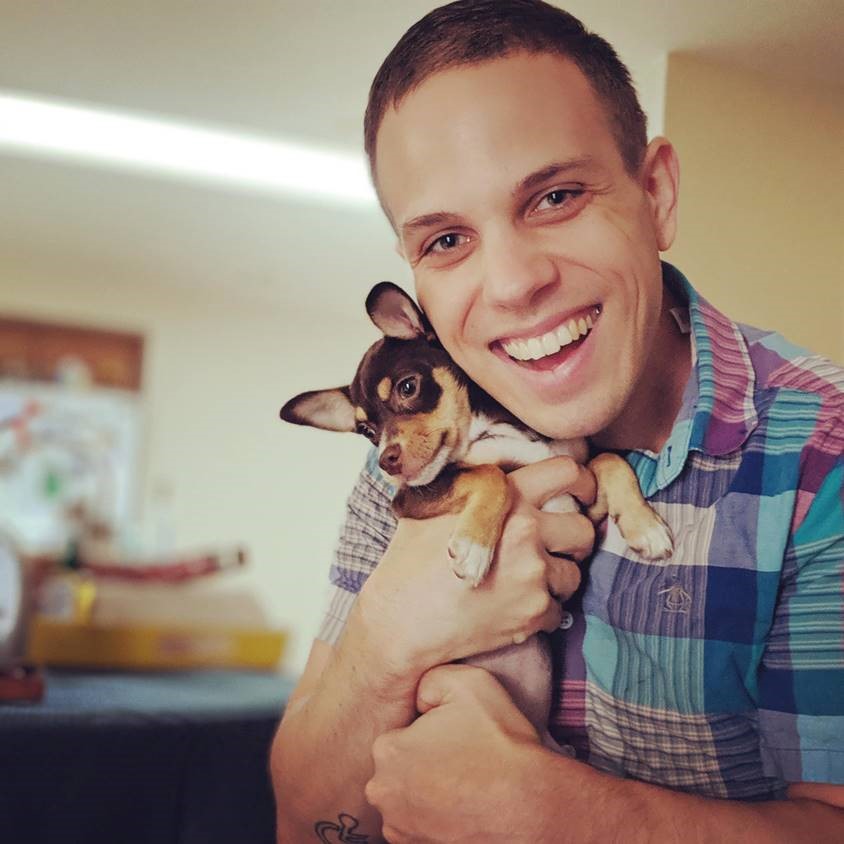 Josh Galassi is a writer and advocate living in Seattle. As a gay man with Cerebral Palsy, his work often examines the intersection between disability and sexuality. He began writing for Queerty.com, one of the largest LGBTQ news websites in the world, in 2016. In addition to writing about his own personal experiences as a disabled gay man, Josh has profiled several prominent disability activists including Andrew Gurza, Ryan O’Connell of “Special”, Ryan Haddad of “The Politician”, and more.

Raised in Kalispell, Montana, Josh never dreamed he would end up where he is today. As a teen living in a religious, conservative state, he struggled immensely with his sexuality, thinking himself “dirty” and needing to change. He underwent years of therapy to try and change his sexuality, until finally deciding to come out at the age of 21. It was then that he realized he never wanted anyone else to struggle the way he did, and thus, his advocacy work began. During his time in college, he held an internship with GLAAD, where he was able to advocate for LGBTQ people and their rights. He graduated from Western Washington University with a degree in Journalism – Public Relations in 2014.

After years of writing for Queerty, Josh was given his own biweekly disability column on the site in October 2019, called “disgaybled.” There, he has tackled everything from abasiophilia, or the fetishization of people with disabilities, to dating, to confronting his own internalized ableism.

Josh’s advocacy work also extends to his day job, where he often champions for his clients to include people with disabilities in their campaigns. Most recently, Josh approaches his advocacy work with a blend of humor and heart. It is through this that he hopes he is able to upend people’s preconceived notions of disability. 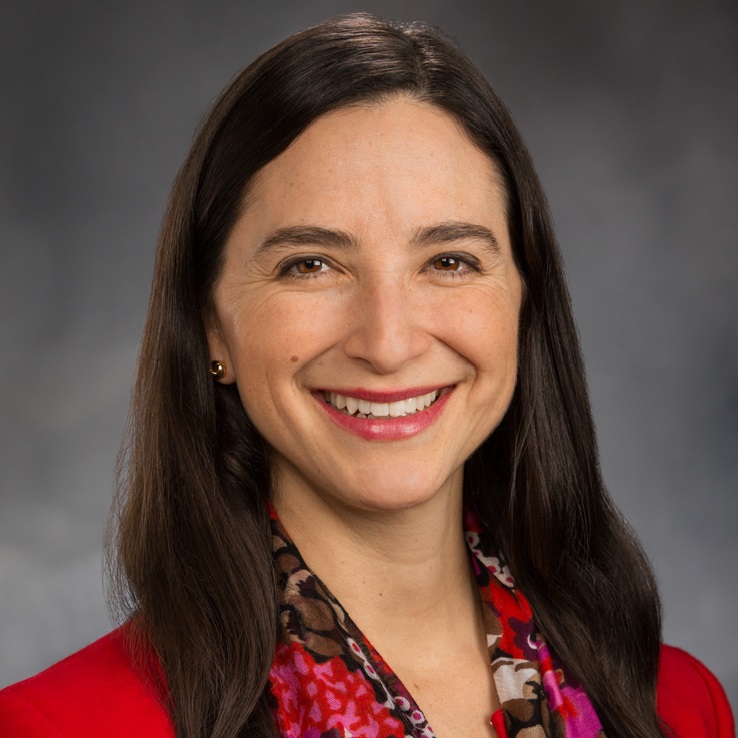 Senator Rebecca Saldaña is the Washington State Senate Deputy Majority Leader and represents the 37th Legislative District. She is a proud Chicana of Mexican and Germanic roots who grew up in the Delridge neighborhood of Seattle and has lived and worked primarily in Seattle and Oregon. Known as a problem solver and tireless advocate for racial, social, and economic justice, she brings 16 years of experience as an organizer with SEIU Local 6, the United Farm Workers, and Oregon’s farmworker union, PCUN. Most recently, Rebecca served as the Executive Director for Puget Sound Sage – a nonprofit that promotes affordable and equitable housing and transportation policies, environmental justice and workers’ rights.

During her tenure in the Senate, Rebecca has used her experience and expertise to spearhead legislative efforts to increase equity for historically oppressed communities, protect workers’ rights, encourage sustainable development, build equitable transportation solutions, and increase voter access to elections. She is vice chair of the Senate Transportation Committee, and also sits on the Labor & Commerce Committee and the Housing Stability & Affordability Committee. She holds a Bachelor of Arts in Theology and Humanities from Seattle University, and lives in Rainier Beach/Skyway with her husband and two youngest children.

Last session, Senator Saldaña was a critical partner in passing legislation to promote equitable transportation access for disabled and transit-dependent Washingtonians. She worked to build consensus, recognizing that everyone should be able to navigate our streets, crosswalks and sidewalks. 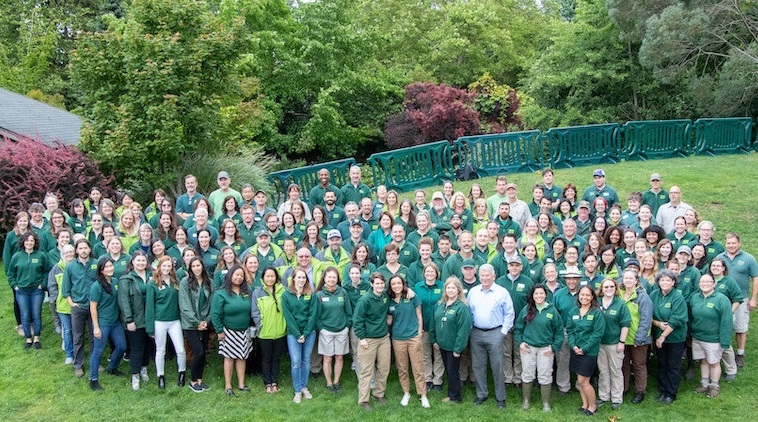 Woodland Park Zoo’s stated mission is to “save wildlife and inspire everyone to make conservation a priority in their lives.” On its journey to that mission, they have been intentional about its focus on “everyone.” Woodland Park Zoo believes that including diverse ideas, perspectives, and voices in every aspect of its work—from staff to volunteers to visitors to partners—is not only the right thing to do, but is essential for realizing its mission and vision. It strives to create an environment that celebrates the unique skills and perspectives of all individuals and enables them to contribute meaningfully.

Many accredited zoos and aquariums have taken great strides in helping guests with disabilities get the most out of their visits. Woodland Park Zoo has been working with community partners to authentically identify and meet the needs of our guests through a complete redesign of our accessibility web page, the provision of sensory tools, social stories for children with autism or other sensory sensitivities, and creating Sensory-Friendly Fridays at Zoomazium. It wants to ensure that conservation education is accessible to all learners, and that those with disabilities are inspired to and supported in saving wildlife with us!

As a conservation organization, it is familiar with the current lack of diverse representation in the field. Woodland Park Zoo recognized a need to expand its vision of inclusion beyond the needs of guests to a participatory level. The Volunteer Inclusion Program (VIP), supported by an Institute of Museum and Library Services grant, has helped to remove barriers to participation for volunteers with disabilities, facilitating their partnership in wildlife conservation.

Woodland Park Zoo staff and volunteers have engaged in over 400 hours of inclusion-related trainings since October 2018 in its efforts to build an inclusive community that welcomes volunteers with disabilities. In having people with disabilities represented on boards, as staff members, as volunteers and as guests, Woodland Park Zoo continues to grow in its capacity to model community inclusion both in its home of Seattle and in its field of conservation. As the zoo explains “[w]e recognize that in creating inclusive spaces for those with disabilities we also have the opportunity and duty to improve access intersectionally for other marginalized voices in our community.” 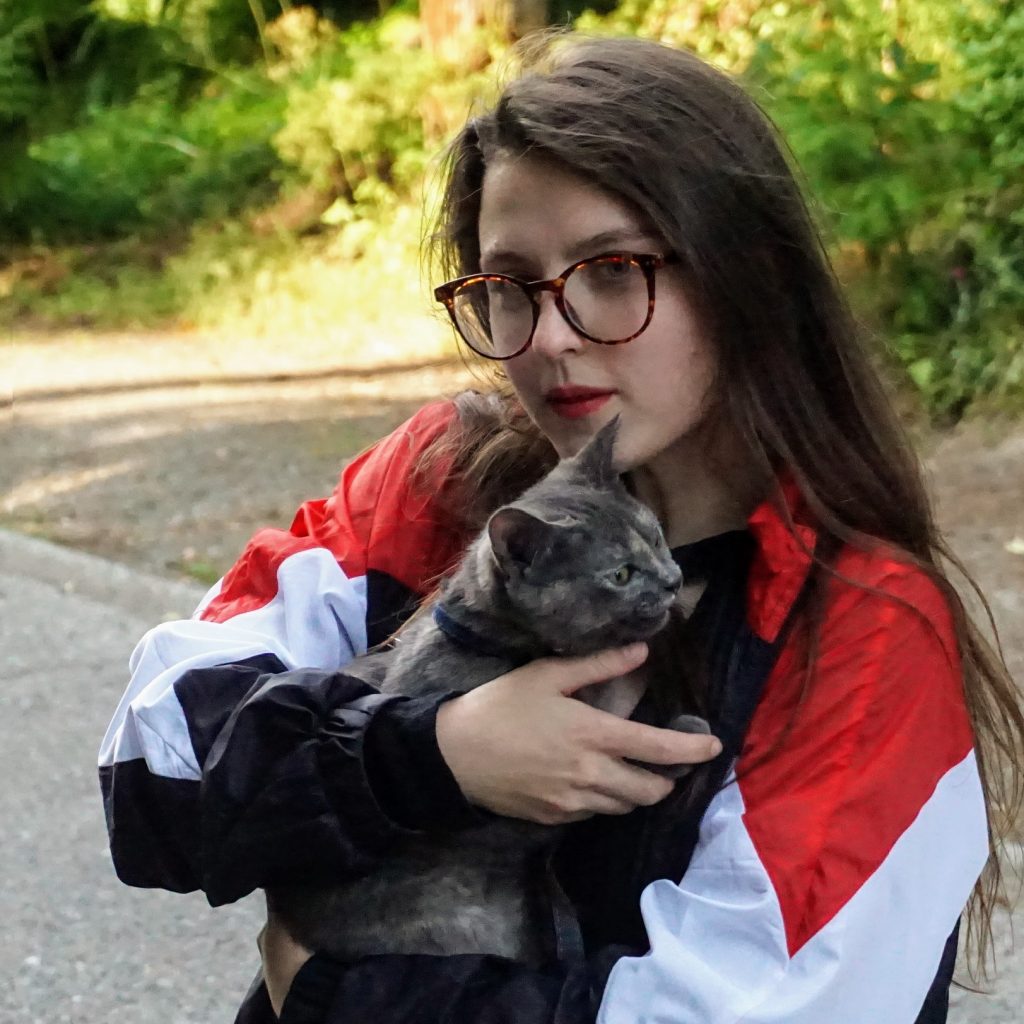 Rochelle Bowyer, a junior at University of Washington (UW), advocates for the rights and inclusion of students with disabilities. Rochelle’s disability has and always will be an invisible disability, but the barriers she experiences exist in plain sight. She admits, for a long time, having a disability was a great source of shame and frustration. When she was younger, she buried her passion for languages, writing, and careers under the liberal arts umbrella because on paper, that was her weakness. Students with dyslexia are often guided away from things that require strong reading and writing skills.

Even though Rochelle inherited her father’s dyslexia, she could care less about his love of drawing, and instead had inherited her mother’s passion for writing and language. Rochelle realized that as a student with dyslexia, learning languages is uncommon and not recommended. She was disappointed with the lack of resources or tips to help students with dyslexia learn a second language. In response, Rochelle plans to study aboard for a full-year documenting her experiences and compiling tips on how to learn a second language.

As part of the DO-IT (Disabilities, Opportunities, Internetworking, and Technology) community, Rochelle empowers students with disabilities pursuing secondary education. Rochelle is a role model and teacher to the students, presenting on panels, facilitating discussions, demonstrating advocacy methods, and providing insight on how to promote a positive disability culture. She also worked on a project with the Museology Department at The University of Washington in partnership with AccessISL to learn about Universal Design (UD) and ways to increase accessibility. As a journalist for The Daily at UW, she writes content from the perspective of a student with a disability and openly talks about how UW can improve access for students with disabilities.
Rochelle’s passion for social justice and equity, together with her quiet leadership skills and determination, empower her to be an effective and life-long advocate for disability rights. 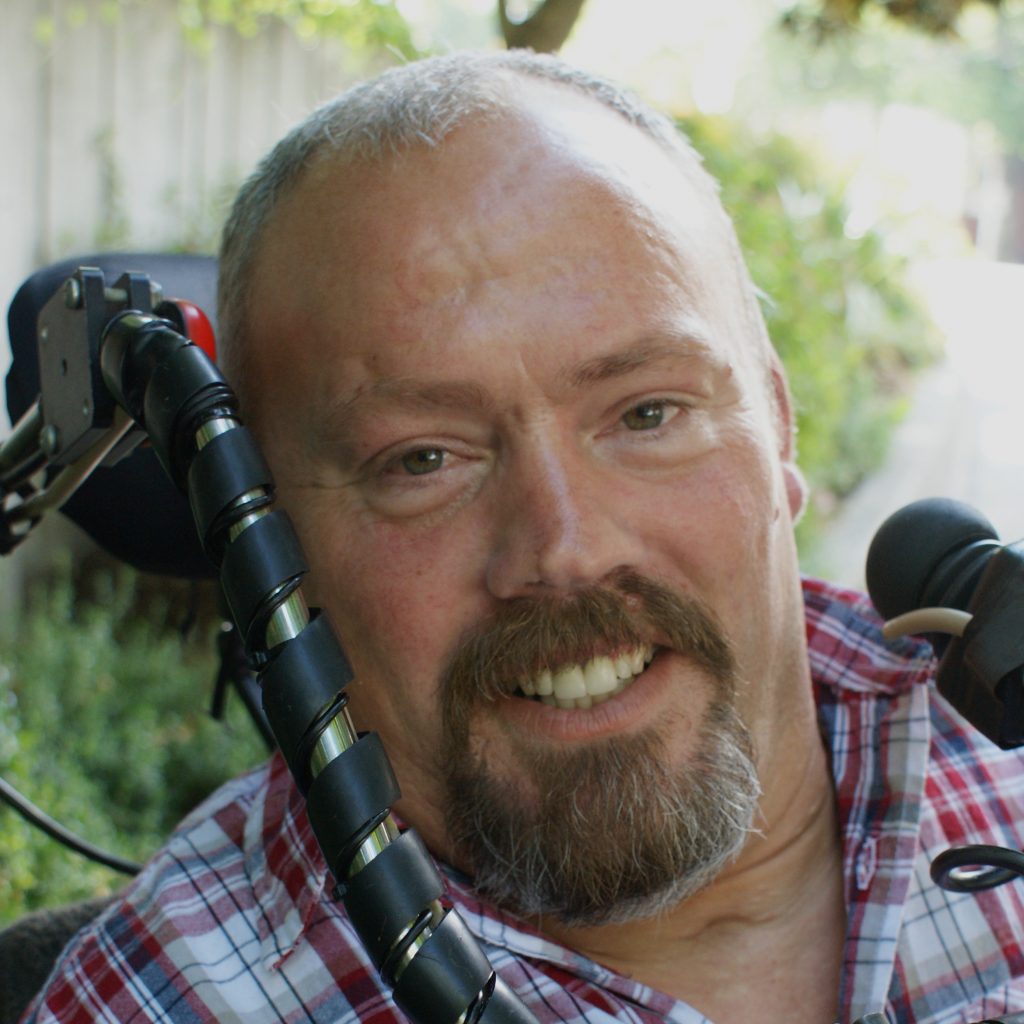 Nathan Loose is the recipient of a Breaking Barriers Lifetime Achievement Award. He worked tirelessly in support of the right to live in one’s own home in the community. Through many years of effective advocacy, Nathan ensured that policymakers consider and respond to the perspective of people with disabilities in designing and delivering in-home services.

Nathan developed subject matter expertise in issues related to homecare services and he became a recognized leader and spokesperson. He believed that people who use in-home services should be in charge of directing their own care, including hiring, firing, training and supervising caregivers. As a leader, Nathan encouraged and supported other people with disabilities in speaking up for their rights. He did this on the public stage, by supporting others in learning how to do legislative and regulatory advocacy.

Through his business, Nathan helped individuals with disabilities succeed in establishing homes in the community and securing necessary services. Nathan received referrals from the state to assist people moving out of nursing homes, or experiencing homelessness. Both in his business and through his public advocacy, Nathan worked to support the rights of every person with a disability to live and participate in the community.

On June 9 of this year, we lost a disability rights champion with the passing of Nathan Loose. Disability Rights Washington (DRW) staff and volunteers knew Nathan as the chair of DRW’s Disability Advisory Committee and a member of our Board of Directors. Nathan was widely recognized as the state leader in advocacy for self-directed in-home care.