September 29, 2018 at the Panoramic Center at the Pacific Tower in Seattle

Each year, Disability Rights Washington presents its Breaking Barriers Awards.  These prestigious awards honor a business, an elected official or public servant, and an advocate with a disability for breaking barriers to advance the rights of and improve the lives of people with disabilities in Washington State.

The following recipients of the Breaking Barriers Awards will be honored at Disability Rights Washington’s 3rd Annual celebration, “Breaking Barriers,” on September 29, 2018. 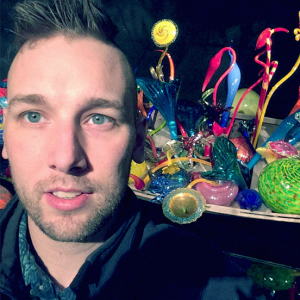 Shaun Bickley is an Autistic disability justice activist. They are the Co-Chair of the Seattle Disability Commission.  This past year, Shaun led the SDC in organizing the country’s first successful campaign to ban subminimum wage at the City level.  In the spring of 2018, the City of Seattle changed its municipal code by removing the authority to pay less than the minimum wage to individuals based on age or disability.  Now all workers in Seattle have the right to earn no less than minimum wage.   Shaun also helped ensure subminimum wage workers across the state would receive the protections of other labor laws, and has helped address implicit bias within the SDC itself.

Labeled a “special ed kid,” Shaun was constantly told they would never be employable. They got their first job in secret at the age of 18, against the wishes of their family, leading to a passion for employment as a way out of poverty. Prior to moving to Seattle, Shaun directed self-advocacy training to over 1100 people with intellectual and developmental disabilities in Texas institutions and communities.  They have traveled around the country to speak on diverse issues such as disability history, employment, and eugenics. Shaun was an IL Specialist at the Alliance of People with Disabilities during their work on subminimum wage, and now works for the Advocacy team at the Arc of King County.

Shaun is the Secretary of Self-Advocates in Leadership, a Board member of the Washington Low Income Housing Alliance, and mentors youth through Big Brothers Big Sisters of Puget Sound.  Within the Seattle Disability Commission, Shaun chairs the Public Safety committee and facilitates community members to work around issues of police reform, the opioid crisis, and support for sex workers.  They are a 2012 graduate of the Midwest Academy Organizing for Social Change, where they learned the skills that have led to their success as an organizer. Shaun believes in using organizing as a bridge between disabled communities and LGBTQ people, people of color, workers, and others. 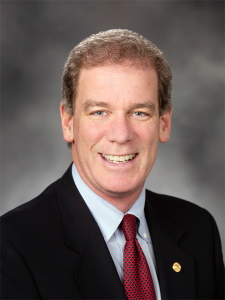 Representative Roger Goodman is completing his sixth term in the Washington State Legislature, representing the 45th District, which includes the Seattle suburbs of Kirkland and Redmond.  Representative Goodman is Chair of the House Public Safety Committee, with oversight of the criminal justice system. He is also a senior member of the House Judiciary Committee. DRW recognizes Representative Goodman this year for his vitally important public policy work in addressing policing and mass incarceration, issues that disproportionately impact communities of color and people with disabilities.

In 2016, Representative Goodman led a joint legislative task force–of which Disability Rights Washington was a member–that examined police training and response and the standards for accountability following the use of deadly force. Due in large part to Representative Goodman’s work, during the 2017 legislative session the House Public Safety Committee advocated for many recommendations issued by the task force. Later, those same recommendations were championed by De-escalate Washington, a diverse stakeholder group that spearheaded Initiative 940 to put changes to police accountability on the ballot. Despite the anticipated difficulties in finding common ground between De-escalate Washington and statewide law enforcement groups, Representative Goodman was instrumental in bringing both sides to the table to reach agreement on controversial issues. His dedication continued through his work with House and Senate leadership to get this proposed language through the legislature in the final days of session.

Last session, Representative Goodman also worked closely with the Coalition for an Independent Corrections Ombuds, a group that includes formerly incarcerated people, family members of incarcerated people, community advocates, and faith-based organizations to create an independent corrections ombuds in Washington. Now, after ten years of advocacy, a Corrections Ombuds Office will be established within the Office of the Governor to provide much-needed oversight in our state prisons and assistance to incarcerated people and their families. We recognize and honor Representative Goodman’s ongoing work to divert people with disabilities from the criminal justice system and to improve the lives of people affected by that system, including disabled Washingtonians.

MOD Pizza was founded in Seattle in 2008 and now has over 345 locations across the US and UK.  As a pioneer of fast casual pizza, MOD has changed the way that people experience pizza. However, it is most proud of its mission to make a difference in local communities through “Spreading MODness: the ripple effect of simply doing the right thing.”  By seeing the potential in everyone, MOD is using its business as a platform to make a positive social impact.

MOD Pizza hires a diverse workforce that includes people with all abilities, previously incarcerated people, and people with no job history or who are seeking re-entry to the workforce.  They have demonstrated this commitment by building jobs around the strengths of an individual, creating opportunities for people with developmental disabilities to demonstrate their full competence and contribute to the success of MOD Pizza.  Providing meaningful employment to those who need it most is what feeds MOD’s culture and its commitment to making a difference wherever they can.

MOD Pizza is a thriving business, and, through its hiring practices and culture, models that inclusive workforces are an element of success.   MOD Pizza is honored for its business practices that embrace its inclusive community.  At MOD, “Spreading MODness” means a lot of things, but mostly it means treating its employees (AKA, the MOD Squad) right.  By putting people first, MOD Pizza strives to be a force for positive change in their lives and the communities it serves.  Its ethos is deeply rooted in acceptance, opportunity and development.  The result?  An amazing spirit of individuality, teamwork and service has emerged, and their culture of doing good is catching on! 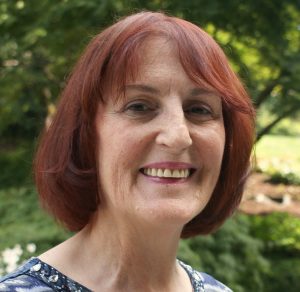 Throughout her life, Marie Jubie has been a fierce advocate fighting for the civil rights of people of color, women, and people with co-occurring mental health and substance abuse issues. Marie developed her passion for disability rights advocacy at a young age when her brother, Paul, experienced a brain injury at birth. Although he has since passed away, Marie continues to advocate in honor of Paul.

Since her initial introduction to legislative advocacy during her employment at Sunrise Services Inc., Marie has traveled to Olympia each session for a quarter-century. Marie is a leading voice for the rights of people with psychiatric and intellectual disabilities.  Last year, she helped pass legislation creating the Office of Correction Ombuds.  She is in Olympia at least once a week distributing information sheets, chatting up legislative assistants and legislators, and encouraging all she speaks with to consider the impact on people with disabilities in every policy decision they make.

Marie is a fierce and effective advocate for policy changes to improve the lives of people with disabilities, voting rights protections, tenant rights, and accessible transportation. Disability Rights Washington honors her lifetime of passion, dedication, patience, and commitment to disability rights and to ensuring that policy makers understand the real, personal impact of their decisions.

Read about past winners here.